Billionaire Teams Up with NASA to Mine the Moon

Another player in the field of commercial space travel, a California-based company just made a major stride toward the creation of the first commercial robotic spacecraft to be sent to the moon. It’s future lunar mission? Mining.

Moon Express, an outfit located in the heart of Silicon Valley, has been conducting testing with the end goal to send the lander to the moon in 2016 as part of the Google Lunar X Prize competition.

NASA has been helping Moon Express, and other space travel companies, as part of its Lunar Initiative, also known as Catalyst, to encourage more companies to pursue space travel.
“Clearly, NASA has an amazing amount of expertise when it comes to getting to the moon, and it wants to pass that knowledge on to a company like ours that has the best chance of being successful," Moon Express chairman and co-founder Naveen Jain told CNBC.
Jain believes the moon is home to precious metals and minerals that could be used here on Earth, including gold, cobalt, iron, palladium, platinum, tungsten, and Helium-3,a gas that can be used in future fusion reactors to provide nuclear power without radioactive waste.
"We went to the moon 50 years ago, yet today we have more computing power with our iPhones than the computers that sent men into space," Jain said. "That type of exponential technological growth is allowing things to happen that was never possible before."
The company has signed an agreement to take over Space Launch Complex 36, once home to NASA’s Atlas-Centaur rocket program, at the Air Force base Cape Canaveral for the lander’s development and test flights, CNBC reported.

Moon Express was awarded $1 million by Google for being the only company part of the larger Lunar X competition that was able to successfully test a prototype for its lander.
But fame and fortune aside, Jain believes the most important element is the actual landing of the robot on the moon’s surface.
"Winning the X prize would be a great thing," said Jain. "But building a great company is the ultimate goal with us." When it comes to space exploration, he added, "it's clear that the baton has been passed from the government to the private sector."
The X Prize Foundation, sponsored by Google, will award $30 million to the first company to successfully land a rover on the moon, travel at least 500 meters and send high-definition images back to Earth.
Competitors have until December 31 2016.
Jain told CNBC that Moon Express has been putting their lander through a series of tests at the Kennedy Space Center. In their landing in January, the rover was attached a crane to test its control systems. 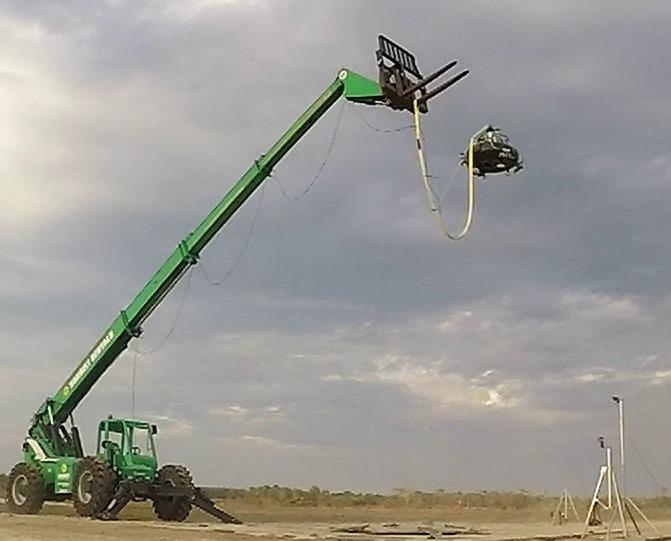 "The reason we tethered it to the crane is because the last thing we wanted was the aircraft to go completely haywire and hurt someone," he said.


Once all tests are complete, the lander, which will most likely be attached to a satellite, will be ready to travel to the moon.
Its first mission will be a one-way trip, meaning that it's not designed to travel back to the Earth, said Jain.
"The purpose is to show that for the first time, a company has developed the technology to land softly on the moon," he said. "Landing on the moon is not the hard part. Landing softly is the hard part."